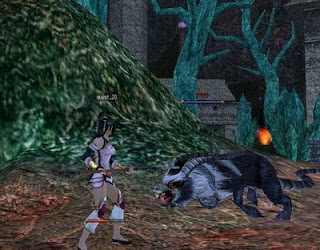 9Dragons is a 3d Martial Arts Massively Multiplayer Online Role Playing Game. 9Dragons is set in Ancient China during the Ming Dynasty. During that era China was a lawless and dangerous place. Out of necessity, different fighting styles developed for defense. The game allows you pick from one of four distinct classes and six different martial arts. Your martial art determines what faction you are in. Three martial arts are part of the White Clan and three are part of the Black Clan.