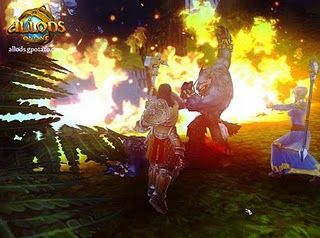 In addition to the features that were available in the first three Closed Betas (Levels 1-30, Empire and League Factions, 28 classes, a tremendous variety of enemies, talent grids, and talent trees), Closed Beta #4 will feature levels 1-40. In these newly released levels, players can expect to see 7 new contested zones, new instances, new raids, and Goblinball. Furthermore, the highly anticipated Astral Ships will be released in this Closed Beta, and players will now be able to build their own ships and man them through space. While traveling through the Astral, players will be able to discover and explore new allods, engage in piracy on other unwary travelers, and battle massive astral demons.

The central focus of Closed Beta 4 is the Astral Ships, and the select few who have already experienced a behind the scenes look into this area of gameplay have nothing but praise for it.

Additionally, Gala-Net, Inc. has partnered with Razer for a giveaway during this Closed Beta period. Players who create their own Allods Online machinima video will be entered into a drawing for a Razer headset valued at $150.