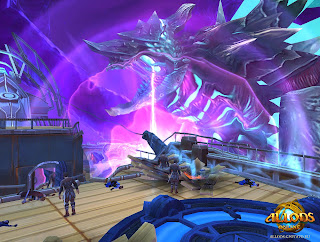 Allods Online is a free to play fantasy MMORPG that fans of the genre’s most successful titles can enjoy. It features extensive questing, intense player-versus-player combat, grand exploration, in-depth character development and plenty of social interaction. In the Astral, players will have the chance to put their wits and brawn to the test in larger-than-life Astral battles, the game’s giant fights between competing ‘Astral ships’ manned by multiple players. Adventurers from all over the world will have to choose between six races and eight character classes before choosing their allegiance between the two warring factions: the League and the Empire.