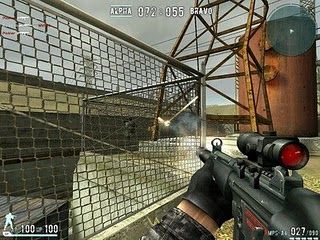 Combat Arms is a fast-paced, multiplayer shooter, designed for non-stop action on the grounds of various battlefields where players are recruited to get engaged with their enemies in multiple game modes. While integrating the traditional attributes of the FPS genre, Combat Arms advances further by evolving striking features such as character customization as well as weapon modification system, enabling the players to adjust their weapons with attachments such as scopes, silencers and extended magazines.
Moreover, the extensive community features within the game actively support the clan system, where players can easily recruit, manage, and communicate with their clan members.
Status: Beta
http://combatarms.nexon.net/
http://combatarms.nexoneu.com (europe)