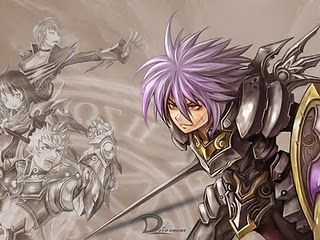 Joymax, an independent developer and publisher of interactive entertainment for the global market, today announced the launch of a major update for fantasy MMORPG Deco Online, the Holy Land of Seal. Players can now reach an increased level cap of 110 and deck themselves out in the newly-added Ruin and Seal item sets, and they might just need that extra power to survive the Holy Land of Seal’s five terrifying dungeons, the Hells of Pain, Silence, Fire, Ruin, and Seal.

To get to the Holy Land of Seal, also known as Dasrinen, players at level 83 and above will need to complete a series of entrance quests provided by NPCs in the two major towns. Finishing the quests will earn players a Stone of Wise Man and grant them access to the new area. Additional Stones of Wise Man can be found in Dasrinen, so players should be sure to grab another one if they want to make a second trip!

The Holy Land of Seal’s five dungeons, the Hells of Pain, Silence, Fire, Ruin, and Seal, are some of the most challenging areas found in Deco Online, but the rewards they hold are worth taking a few risks. Killing the bosses of each area can earn players Emblems, rare items that unlock the true power of the new Ruin and Seal item sets. In addition, players can acquire a copy of a Sealed Holy Bible from the ruler of the final dungeon, an artifact that holds the secret to powerful skills never before seen in the kingdoms of Milena and Rain.

To celebrate the opening of the Holy Land of Seal, Joymax has also launched the Level-up Event for Deco Online. From now until January 26, 2010, players will earn 200% EXP for everything they do in the game, from completing quests to slaying monsters. The opportunity to earn double EXP should provide players the world over, from new adventurers to veterans hoping to reach the increased level cap in record time, with a very happy New Year in Deco Online!