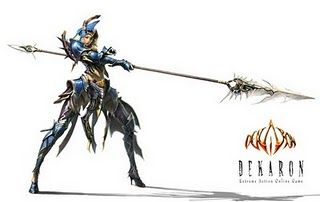 Dekaron is the original name of the MMO North American players know as 2Moons. Two years after the release, we find out how it’s going and what’s planned.

FreeMMOGamer: Can you introduce yourself and your role in Dekaron?

My name is Kevin. I am the Project Manager for the global service of Dekaron. I am responsible for everything related to the game service including patches, operation, events as well as product management and marketing.

FreeMMOGamer: What defines Dekaron as a MMORPG?

Dekaron is a MMORPG that has been widely accepted by the MMORPG audience around the world since its launch in Korea in 2005. It has also been serviced in local languages in Japan, China, and Thailand. The differentiating factors for Dekaron have been the spectacular action and graphics – just what the users wanted – as well as GameHi’s effort in providing the most stable and frequently updated service.

FreeMMOGamer: How did Dave Perry contribute to the game?

David Perry directed the localization of Dekaron for North America. David has produced the likes of “MDK”, “Messiah”, and “Earthworm Jim” – games that should certainly sound familiar to any avid PC gamers. As CCO of Acclaim, the North American publisher of Dekaron, his vast and deep experience and enthusiasm for games have greatly helped in the global service of Dekaron. 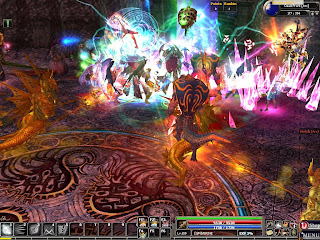 About two years after the original release, how is Dekaron doing? Roughly how many active players are there?

The biggest difference for Dekaron in 2009 has been the fact that GameHi is now handling the operational as well as technical side of publishing. We are now able to meet users’ demands on a more timely fashion, with what we believe is a more stable service in terms of updates and anti-hacking. We have also located servers physically in Europe in order to enhance lag and disconnection issues that some of the European players faced. Since the GameHi service began, satisfaction from the users have significantly increased. With smoother gameplay in Europe, we have more new registrations from Europe.

How have you been updating Dekaron? What have you introduced to the game?

Dekaron has been constantly updated, with “Action” as the unit of an update. Castle siege, Deadfront, and new rides have been introduced to the game and now, Action 5 is in service. The most important feature of the latest update has been the new class, “Aloken.” The 7th class of Dekaron, Aloken has silver hair and a slender body, yet a powerful female warrior skillful in spears that enhances the power of its party players. The users just love it. In addition, there were quest renewals for different levels as well as the update of the Deadfront for the top level users. 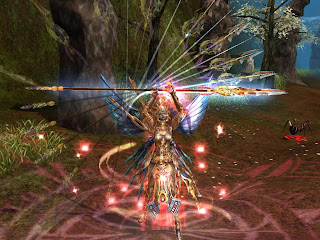 What are your future plans for the game?

We are preparing a lot of new contents – Action 6 and 7 – so that there is more to enjoy in Dekaron. “DK Square” is a inter-server, massive PVP system that are right for the hardcore users who love to showcase their power in combat to players from other servers. Next, “Trans-up system” is a PVP content that we believe will attract the high-level users over Lv. 131, offering powerful character stats, new skills, and colorful outlooks and this will surely be a challenge for the high-level users. We will also preparing multi-language services of Dekaron to suit users around the world.