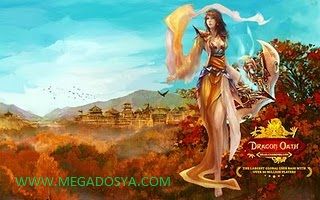 The “Path to Nirvana” expansion adds innovative content for players at all levels,” says Dragon Oath Producer, Thomas McKay. “We have been meeting online with our community each week to get feedback on the game. We took all of their ideas into consideration and built an expansion based on what they’ve been asking for including tweaking existing quests & adding a ton of new content at every level.”

Dragon Oath will simultaneously launch a new PVE (player versus environment) server called Nirvana. To celebrate the expansion players will be able to compete in a leveling contest from June 3rd, 2010 (4PM PST) until June 10th, 2010 (4PM PST). Players will have the opportunity to compete for the grand prize, an Apple iPad 3G. Additional in game prizes will be awarded to random players at lower levels so that everyone has a chance to win something. Path to Nirvana launches on June 3rd, 2010 at 4pm. Visit the forums at DragonOath.com for more information.

New Features For The Expansion Includes:

· Increased Level Cap – From 90 to 100
· Panda Duo – Free panda pets for all characters over 35
· New Dungeons – Salt Mine and Salt Mine Cavern
· Raid on Twin Island Event – a weekly guild even featuring hundreds of elite spawns.
· Wild Boar Rampage – New instance with a chance to spawn a giant dinosaur.
· Dragon Ball – Collect dragon balls to create a dragon pet.
· Discovery! Quest – Explore the game with friends & family for exp.