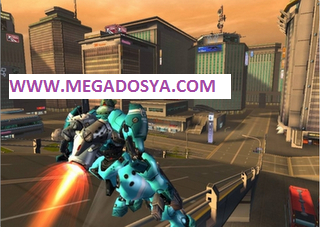 Exteel is an online 3rd person shooter where players take giant customized mechs into combat to compete for supremacy against other players.
The game features easily accessible gameplay and a blend of high-speed tactics and team-based strategy. The mechs are highly customizable, and can select from a large arsenal of deadly weapons. Mechs can also select special maneuvers that allow them to deliver devastating attack combinations inspired by the wildest Hong Kong cinema action.

Official Site: This game has been SHUT DOWN