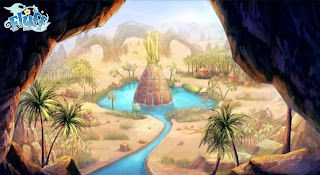 Fly for Fun (Flyff) is excited to give players a sneak peek at V17! The expansion will include a new zone, a new dungeon, new monsters, new inhabitants and so much more! V17 will also introduce two new systems, a Colosseum System which will allow players to form groups and take on bosses for loot and glory and a Cooperation System that rewards players for working together to complete a goal. With this expansion will also come a plethora of new quests, and a quest revamp for the 2nd job change!