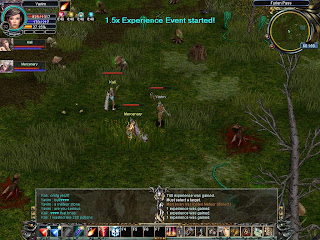 Red War: Edem’s Curse is an isometric MMORPG in the vein of Diablo and other dungeon crawlers that revolutionizes dungeon crawlers with new features such as the Red War tournaments. Red War’s daily tournaments are a pure test of skill rather than character level or equipment. All participants are set to the same level at the beginning of the tournament, and only stats and skills are allowed to be customized.