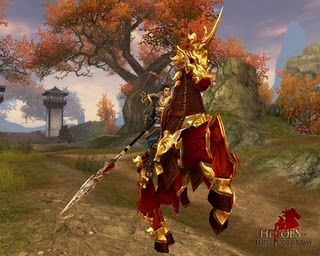 Perfect World Entertainment Inc., a wholly owned US subsidiary of Perfect World Co., Ltd. (NASDAQ: PWRD), today announced that the 3D MMORPG, Heroes of Three Kingdoms, will be coming to North America. Known as the Chibi in China, Heroes of Three Kingdoms is based on one of history’s greatest battles and not only gives players the opportunity to experience the chaos first hand, but also the chance to rewrite pivotal moments in Chinese history.

· Eighteen Weapon System – With a unique cool down system, players will have eighteen types of weapons available during the Three Kingdoms era in China to choose from.

· Kingdom War System – Join the Wei, Shu or Wu and choose to wage war or create alliances against one another.

· Historic Instances – Go back in time to experience historical battles and pivotal moments that helped shape the Three Kingdoms era and modern China.

Players interested in learning more about Heroes of Three Kingdoms as well as signing up for the closed beta can visit http://HOTK.PerfectWorld.com