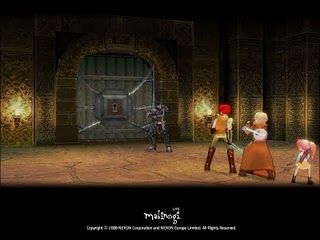 NEXON Europe has announced the launch of the closed beta test for Mabinogi. This free-to-play fantasy life MMORPG is scheduled for release in early 2010, and now European players can begin to experience this title for the first time ever.

The arrival of the closed beta test reveals the first chapter of an ultimate fantasy story in the form of the First Generation. Opening with the storyline ‘The Advent of Morrighan’, players are invited to take part in the first story of the mainstream by responding to a message from the endangered goddess, Morrighan. By reacting to this call you can begin your adventure of discovery in your Mabinogi world.

From today, core Mabinogi fans can take part in the Mabinogi Fan Club Event. Running for three weeks this event will allow Mabinogi enthusiasts to offer feedback on system-related bugs found in the game, and the most active and sincere members will be acknowledged with a limited edition membership to the Mabinogi Fantasy Life Club.

Ten selected players will become eligible to win an exclusive three month membership to the Fantasy Life Club, which will offer more than twenty essential game services including; item bag service, double bank inventory and bonus experience points from combats. The elite membership will become redeemable on the official launch of the game, in early 2010.

There will also be a Grand Finale Event where players can experience a fire-work night with a bang on 30th December. As a celebration for the four week beta test closed beta testers can purchase fireworks and light them next to the virtual campfire with other players revealing a special message that will light up the sky.

With a number of exciting events on offer this month, Mabinogi fans and those new to the game can begin to learn more about this ‘ultimate MMORPG’ and experience a whole world of fun in their new fantasy life!