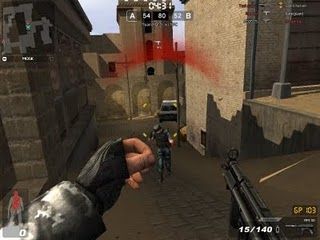 Uforia, a new online game publisher specializing in massively multiplayer online games, today announced its open beta test for the highly-anticipated online modern warfare first person shooter, Mercenary Wars, is live. Starting today at 5 PM PST, open beta testers are invited to test out all the latest features. Along with the open beta, Uforia is also introducing a brand-new Mercenary Wars website with new features and a new trailer for the game.

After several successful closed beta tests, all players will now be able to experience this action-packed FPS in a quest to become the new global powerhouse! The open beta test includes the latest content update featuring two new maps, the Black Market System cash shop and a new anti-hack system. Besides the open beta test, players will also be introduced to the brand-new Mercenary Wars homepage which includes new features. Along with the new website, Uforia is unveiling an all-new game trailer highlighting all of the intense action!

“We want to thank our community for their help throughout the beta period and recognize that they have made a massive contribution in helping us develop this game,” said Chris Keswani, Marketing Manager of Uforia. “We are excited to unveil a new website and game trailer and hope current and new fans will like what’s in store for the game.”

In addition to the open beta test, Mercenary Wars will also host three new events. The first event, Merry Christmas, will feature Santa Hats and Candy Cane guns available for all players to purchase in the game. The items will be sold from December 22 through January 5 and will never be released again. The Rank Raffle is the next event where players will rank up the game to get entered into a raffle with a chance to win great prizes! The higher the rank the more tickets the player will receive. Players will randomly be chosen to win a 23″ monitor, gaming mice and more! And finally the last event is the X-Fire Challenge. The clans that combine for the longest playtime will win large amounts of UFO’s!