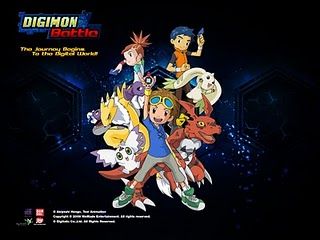 WeMade Entertainment today announced the successful launch of Digimon Battle, the first multiplayer online game based on the popular Digimon animated series. The full game release was made available to players last month-, with Digimon Tamers from around the world joining the battle to save Earth and the Digital World from the evil Digimon. To celebrate the successful launch, WeMade will be updating Digimon Battle on May 19 with all-new free content, including new maps, captured Digimon, a new Card Digivolution System and increased level caps. There will also be new Digimon and item packages available in the DigiShop.

Tamers will be able to reach “Robust Tamer” level 100 and train their Digimon up to level 99. Tamers will also have new reason to track down and capture field Digimon with the release of new captured Digimon, including Pagumon, Minomon, Poromon and Upamon. The Field Map and Dungeon Map will both be unlocked, allowing Tamers to explore the new Wind Valley and Sky Dungeon areas and face new enemies like Megadramon and MetalEtemon. Also, the new Card Digivolution system will give players a new way to upgrade their Digimon partners. Fans will be able to enhance their battle skills by purchasing new items from the Digishop, including two new partner Digimon, Agumon and Monodramon, 5 new capturing nets and Premium Packages that include Gold Drills, Excaliburs, White Wings and Deva Auras.

“Since the start of open beta, we’ve received excellent feedback from enthusiastic Digimon fans of all ages,” said Kevin Seo, CEO of WeMade. “We took player comments into account when planning this update and are rewarding their loyalty with highly anticipated updates to ensure the adventure continues to be engaging.”

WeMade will be hosting a two-week series of special events to celebrate the latest update. From May 19 through June 2, players will race level up their Tamer characters to the new Robust Tamer grade for a chance to win prizes. Players will also compete to digivolve five of their captured Digimon to the Mega stage for even more rewards. Finally, to celebrate the opening of the new Field Map, a Mystery Box filled with surprise loot will randomly drop in the new Sky Dungeon at a higher rate than in other maps throughout the one-week period.