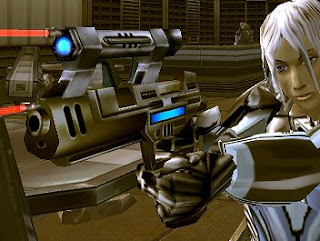 In Calypso, you have the possibility to take part in the making of a new civilisation, to develop and maintain a growing social infrastructure. You can enjoy your life as a tourist or a peaceful settler or become an adventures pioneer.
The game starts in the largest city, the city of New Haven, where you will create your own character and begin as a visitor. Inside the safe city you can meet people and make new friends. You may later choose to develop your character even further by acquiring access to skills and equipment as a full time citizen. Outside the city you will then be able to explore several different landscapes and experience strange and wonderful wildlife in the untamed regions of the planetSet. The sandbox approach allows you to choose your own path and write a unique story with others from around the world.
Official website: http://www.entropiauniverse.com/

Entropia Universe is a massively multiplayer online virtual universe designed by Swedish software company MindArk, based in Gothenburg. In contrast to other similar MMORPGs, MindArk’s software is distributed free of charge with no subscription fees. The developers instead have decided to use a variant of the micropayment economic model, which consists of buying in-game currency (PED – Project Entropia Dollars) with real money that can be redeemed back into real world funds at a fixed exchange rate with the US dollar, where 10 PED = $1 USD. This means that virtual items acquired within Entropia Universe have a real cash value, and a participant may, at any time, initiate a withdrawal of their accumulated PEDs back into real world currencies according to the fixed exchange rate, minus transaction fees, this works from sum of 1000 PED or more. As a result, revenue of the business is largely generated from activities within the virtual universe. The revenue model has historically proven to be sustainable and is currently profitable.

The Entropia Universe is a direct continuation of Project Entropia, with MindArk reporting a 2006 in-game turnover of over 3.6 Billion PED ($360 Million USD). Strategic partnerships with media companies and financial institutions combined with the addition of new or enhanced developer tools in 2008 are expected to allow for the construction of new planets, to exist within the financial structure of Entropia Universe, for third party content providers to develop and market independently.

The Entropia online community claims to have over 800,000 registered participants from over 220 countries and 80.000-100.000 active player fanbase (now unused accounts permanently expire after 330 days, with no notice to the participant other than the original EULA). However, it should be noted that only 193 nation states have general international recognition through the United Nations, though this discrepancy may be explained by the separate inclusion of dependent territories of other already listed nation states.

The Entropia Universe entered the Guinness World Records Book in both 2004 and 2008 for the most expensive virtual world objects ever sold.