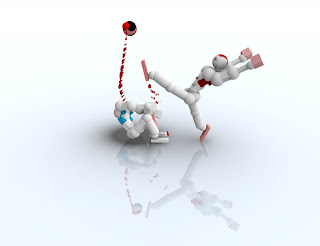 The basic aim of the game is to fight the opponent, scoring points for damage. Some limbs break easier then others, others give more points when hit. To get more points, each joint can be relaxed, contracted, extended or held. This makes the gameplay very open-ended as there are no set moves, although many people will copy a move which seems to work well.
Create fighting movies and post them on YouTube. Watch other players fight. Chat with them. Defeat them
Status: Final
Official site: http://www.toribash.com
Paylas