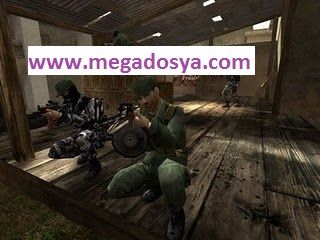 America’s Army (also known as AA or Army Game Project) is a video game developed by the United States Army and released as a global public relations initiative to help with recruitment. The Army Game Project was conceived by Colonel Casey Wardynski and is managed by the U.S. Army’s Office of Economic and Manpower Analysis (OEMA) at the United States Military Academy, West Point, New York. Wardynski envisioned “using computer game technology to provide the public a virtual Soldier experience that was engaging, informative and entertaining. The game is financed by the U.S. Government and distributed at no cost. The free Windows version can be downloaded on the Internet. Game discs are also distributed at U.S. Army recruiting centers and events.
America’s Army has ranked among the top ten online PC action games with almost 9.5 million registered players who have completed over 380 million missions from basic training to operations in the War on Terrorism.
Official Site: http://www.americasarmy.com/