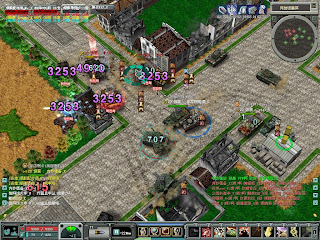 Blitz1941 is a free-2-play MMO tank simulation game based on the German-Soviet conflict during World War II.
Gamers can choose one of over 60 different historically correct tanks of both sides, fight against other players to occupy the enemy’s cities. Up to 3000 players per server can engage in large-scale combat operations at the same time. Attacking the opponents tanks is also important as upgrading the own tank and working on the military career.
Blitz 1941 is a unique online tank simulation with elements of role-playing and real-time-strategy gaming. Blitz 1941 is easy to learn, offers innovative and compelling strategic depth and grows with its community for endless, cooperative entertainment.
Status: Final
Official Site: www.twowar.com