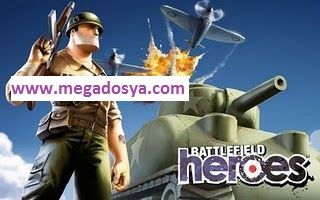 Battlefield Heroes™ is a brand new free to play game from the people that brought you the multi-million selling Battlefield 1942™ and Battlefield 2™. It’s a fun cartoon-style shooter which caters to players of all skill levels – easy to pick up and play, but with deep character development, customized matchmaking and non-stop action, the game caters to players of all skill levels. Before going into battle, gamers can create a number of personalized characters. Battlefield Heroes features a non-traditional third-person camera view so players can admire their one-of-a-kind hero while taking out the enemy. Character customisation items are available for Valor Points (points earned by playing the game) or with Battlefunds (a fictional currency bought with a credit card, PayPal or other methods) so players can update or change their hero’s style at any time