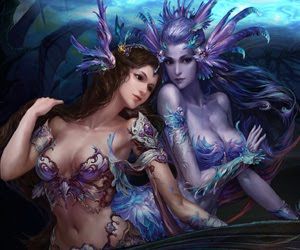 “’Rising Tide’ is a major milestone for Perfect World International,” said Dr. Alan Chen, CEO of Perfect World Entertainment. “In just little over a year, we already have a third expansion which continues to prove our commitment to providing new and amazing content our players and a superb gaming experience.”

The ‘Rising Tide’ expansion focuses on the appearance of the Tideborn—an aquatic race that has only recently surfaced, revealing themselves to the rest of the world. Unraveling the mystery behind the Tideborn will be up to the player as they journey into new zones and undertake all new quests.

‘Rising Tide’ will introduce a range of new and updated features including: