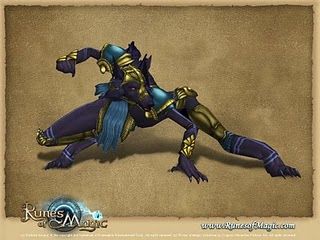 The gates to the third chapter of Runes of Magic have been opened. With the successful launch of update 3.0.0, ‘The King’s Call’, Frogster has just launched the first phase of the extensive expansion ‘The Elder Kingdoms’. Players can now set foot in the first region of the new continent of Zandorya with its imposing cities and vast estates to discover a large array of new game content. The hotly contested Kingdom of Dalanis can be reached by high-level online adventurers after completing a series of quests in the Aotulia Volcano region.

As Chapter III opens, players can expect new rewards including precious armor that can now be endowed with individual attributes by swapping gold and ‘Ancient Mementos’ for special items. In response to community feedback, less-experienced players can now select a difficulty level when entering the dungeons ‘Hall of Survivors’ and ‘Heart of the Ocean’. Cautious players can now also save their game progress in specific instances which means that when loading a saved game status, they no longer need to tackle bosses that they have already defeated.