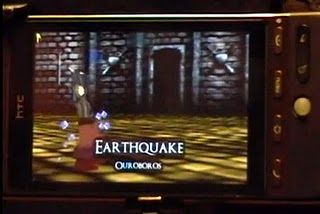 The Mages battles echo through the Arenas of Kaliend as the beta version of RUNES MMORPG® Battle for the dryanium is being released. Open to the forces of Magic within you! A challenge as you’ve never seen on Android! With Google’s Android Developer Challenge going on right now, players worldwide are free to try and evaluate this exciting premiere in Mobile Phone gaming!

“This release is really challenging to us at Faeria Studio, since as an independent studio, we bet on our creativity and we look up at our first real experience on the video-gaming market.” comments Marc Bagur, CEO for Faeria Studio. “We aim at becoming a reference in the Android-based MMO gaming” add Sebastien Carceles, Tiki Move’s CEO. “We feel that there is no better way for us to demonstrate our aspiration than entering any and all the existing contests. We may know that the first steps are the most important for a game, and despite the time limit and our limited resources, we are certain that our game will provide an exciting entertainment. Through this alpha release, we intend to reveal a brief preview of things to come with the final release. Moreover, the beta is on its way, and players will soon have the opportunity to enjoy new features. September should be heating up, and the end of year explosive ! And that’s great for the Android !”

Experience the epic battles of the Mages of Kaliend. Master the runes, join your friends and fight against the others Mages in the Battle Arenas of RUNES MMORPG® Battle for the Dryanium, the latest production of Faeria Studio and Tiki Move. Enter a world of magic, forged by the perpetual struggles of the Mages and fight for your guild, your faction and your ideals. Conquer the Arenas, blast your enemies, use the mystical and amazing power of Rune Magic and open up to the powers within you. Become the strongest and defeat fabulous opponents. Enter the arena to defend friends, honor, or simply for the power. Explore the immensity of Kaliend, adventure in its darkest place to discover its secrets, conquer the Royal Arena of Noyadel, create your own Guild, make your Faction progress, choose wisely your battles and uncover the secrets of the Dryanium to earn your place in the Mage Council. Do you feel the Mana? It’s time to unleash your power and trace your Rune! The Mages have come!