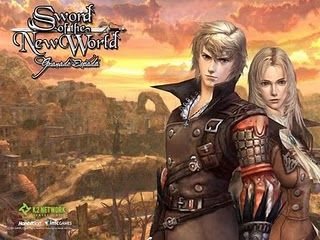 Sword of the New World, also known as Granado Espada, is a free to play MMORPG with an original and appealing baroque setting. It’s time we learn more about it.

FreeMMOGamer: Can you introduce yourself and your role on Sword of the New World?

My name is Myra Widodo and I am the AP of Sword of the New World. In a nutshell, I manage everything behind the scenes that’s related to the game.

FreeMMOGamer: This MMORPG was released under the pay-to-play model and about a year later, changed to free to play. Why did you choose to change your model?

Actually we went Free2Play about 2 months after launch. There was a major call by our player base for the game to be free like our other titles. When we launched we had a Pay2Play system with an item shop. Even though the item shop only included non-stat costumes players felt the game needed more items such as the Enchant Boosters which increase the chance to add stats to an item when enchanting it. We felt selling an item like that while requiring a subscription would be very unfair.

After much debate the change was made to reinforce our overall business model as a company. Seeing as all of our other games were also free-to-play, and seeing how our players enjoyed having this access – the decision was made. We created the expectation for our players that our games are free-to-play, and we wanted to be consistent.

FreeMMOGamer: Roughly how many active players are in Sword of the New World?

While I can’t give out specific numbers I can say our largest markets include the U.S., U.K. and Germany. We don’t have an overwhelmingly large community but our game is an MMO so you can still expect a pretty decent turn out. Many of our active players have been playing the game since the first Beta, so we have pretty loyal community. 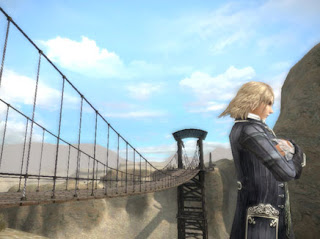 The Multiple Character Control system has been quite praised. Do you feel like it’s something to go for in future MMOs?

MCC offers players an opportunity to gain more with investing less time as they can level up to 3 characters at the same time. Players can also level multiple characters by applying EXP Cards to any of their characters. There are MMORPGs out there that allow you to create multiple characters, however, often they restrict the player to only one class/faction/clan per server. With Sword of the New World we allow players to experience game play through all of the basic classes and all the various UPCs on any given server. On a subjective note, MCC makes you feel like you’re not playing by yourself; questing with 3 characters almost gives you the sense that you are playing in a group. (And the lonely gamers rejoiced!)

FreeMMOGamer: It’s refreshing to see the Sword of the New World art style, very different from your run-of-the-mill MMO. Weren’t you afraid players could find it very different?

I think that is the reason most of our players like Sword though, because it is very different from your average MMO. Graphics that can really immerse a player into a world are extremely important – especially in a Fantasy MMORPG genre game. The texture renderings of this game allow such fine details as eyelashes and eye-lights to be clearly visible when a player zooms in on a character. Having the ability to show off the ornate detailing of costumes, buildings and items from this historical and fantastical world is definitely a major strength of the game. 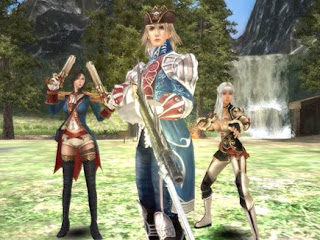 You released Echoes of an Empire a few months ago. Are you already planning your next content update?

We are already working on the next update and intend to release it in the very near future. Our game is a living breathing thing; it will always need to grow. I believe in spoiler alerts so I won’t give away too much, but the next update will be “Echoes of an Empire, Volume 2”. Volume 2 introduces 2 new UPCs: Ania and Helena as well as a new raid, a new weapon and armor series and most importantly Master Status! We’ll have some new costumes, new Cash Shop and Feso Shop items, and of course my favorite – new pets!

After “Echoes of an Empire, Volume 2” there is another mega update looming around the corner, and that’s all I have to say about that.