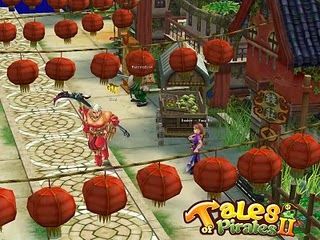 Tales of Pirates II, IGG’s latest 3D MMORPG, earned rave reviews during its brief Alpha Test in April. Using players’ feedback, the ToP II team has refined the game even further and squashed more bugs. Now they’re ready for the next phase, and have announced that Closed Beta will begin at 10:00 PM EDT (GMT-4) on May 6th.

The Closed Beta will feature a ton of new contents, including the Arena. There players can take part in large-scale team PvP. In addition to conventional PvP battles, players can also fight for resources and territory. Demonstrate your teamwork and show off your skills, or watch from the special Arena gallery and judge for yourself who has the power and tactics to rule the day.

Closed Beta will also introduce players to the unique Rear Fairy. Use the special Fairy Liquid to grow your own Rear Fairy. Different types will buff their masters with different effects that enhance players’ attacks or strengthen their defenses. The right Rear Fairy can make all the difference in PvP battles and Boss fights, as beta participants will learn first-hand.

There will also be new, challenging, high-level Mazes, plus brand new game elements like Treasure Digging, the Augury System and much more. Being a pirate has never been so much fun!