Voyage Century: A Glimpse of the New Version 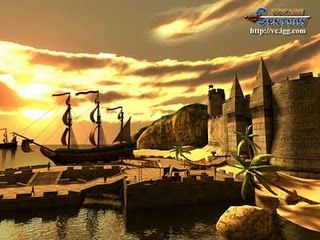 The new version of Voyage Century Online will be up in January 2010, with tons of new content churned out. The adventurers are going to witness an all-around update of new territory, instances and treasures. The new VC will be a brave new world filled with excitement and challenges. Can’t wait to dive? Pull the anchor aweigh and set the sail up for the great unknown!

Newly updated Atlantis will capture our players’ hearts. Fierce war will burst out in Atlantis again. Legends have it that Atlantis was the mysterious missing land submerged in Atlantic Ocean long ago. Civilization comes from here. Sparkling and legendary Poseidon Temple was once described as an architecture decorated with white, black and red stones. The upcoming new main routes and sailing logs are two highlights attracting players to move on with their adventure and to search for the lost civilization.

What our players can’t miss in VC is these two brand new instances, Polar Tundra and King’s Tomb. To meet our players’ needs, VC officials have developed two different modes according to players’ level. Then our players are provided with options to their favorite one. The update brings about not only difficult challenges, but more attractive drops, including advanced jewelry, high grade gear and various compounded material.