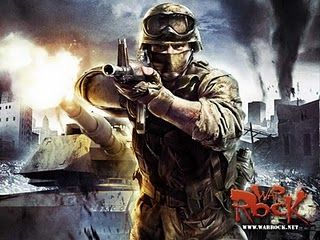 War Rock is a fast and furious (and free) shooter just the way we like it. And now it’s time we try to know more about it, about what makes it one of the most played first-person shooters out there.

FreeMMOGamer: Can you introduce yourself and your role on War Rock?

My name is Jon-Enée Merriex and I am the producer for FPS titles for GamersFirst. Basically it’s my job to oversee our FPS games, coordinate with other teams both internal and external, and to create and implement our strategic initiatives for War Rock, Parabellum and Sword of the New World (which isn’t an FPS I know :P) as well as newer titles to be announced soon J.

FreeMMOGamer: What do you think makes War Rock so played among similar games? What makes it special?

I think there are a multitude of things War Rock does you just cannot get elsewhere. First and foremost are the 3 game channels: Close Quarters Combat, think Counter-Strike; BattleGroup is similar to BattleField; and Urban Operations allows players to experience Counter-Strike style game play one minute and BattleField style game play the next. We also have a huge selection of weapons, items and maps to choose from.

The other cool thing about War Rock is the game’s unique mobility options. War Rock is one of the few shooters that allow players to sprint, lean, kneel, prone and jump. This gives the player a huge amount of mobility in game and adds a level complexity to game play. Wanna snipe a friend, lay prone and reduce the target’s ability to see you (and retaliate). Under fire, sprint away and jump behind some crates for cover. You can even lean around corners to see your enemies and blast them away.

FreeMMOGamer: Do you consider War Rock a game for occasional players, core players or both?

I think War Rock caters to both the core and casual player. The great thing about War Rock is you can log in and quickly jump into a game. We have a lot of players that come by and play for 2 hours one night a week. With our new clan system coming out you can also team up with other players and play competitively around the world. So if you want to log in for a few minutes and shoot the breeze with friends, we’ve got that. If you want to prove to the world you’re better than them, we got that too.

The low system requirements are something essential so that War Rock can be played by more people. But was there a time during development when you just thought “I wish we could use some more power, the game would only benefit from it”?

There are definitely times where we wish we did have more “oomph”, but we usually have to ask ourselves: is it worth it to lose players who don’t have the system specs? Ultimately it usually isn’t. War Rock is a beautiful game especially for the insanely low system requirements it has. So we’re happy with the game we have and we’re happy to be able to offer it to a large audience. 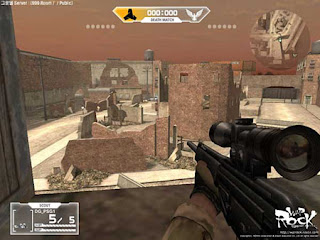 What major improvements have you done to War Rock since its release? Was any feedback from players used to improve the game experience?

What major improvements haven’t we had? May be an easier question. I think the amount of content War Rock has is unsurpassed. We’ve been operating for almost 3 years (our 3rd Anniversary is February 6, 2010) and now have over 45 maps, hundreds of weapons and items and weekly live in-game Game Master Events, all for the price of free! You can’t beat that with a stick.

This year alone we have released 4 new maps (Skillpointer, Central Square, Decay and Crater 2.0), 3 new events (Karmali Says, Back to Bootcamp and Snow Fight coming out for the Holidays), a new game mode (Conquest Mode) and over 20 new weapons and items (The AW50F Sniper Rifle, XM8 Assault Rifle, Heavy Ammo Box, Claymore Mine, Berretta M93R, CX4 Storm coming for the Holidays and much more).

It is rare we do anything without some input from the community. In fact we are currently working on a new costume/gear system where we asked the players what kind of gear they would like to see. The thread is still going on the forums. A lot of the ideas we had already had but there are a number of them we are working to implement. So player feedback is critical to our development process.

FreeMMOGamer: Usually these shooters have their share of hackers. How do you feel you’re doing against them?

I HATE HACKERS! There I said it. Unfortunately hackers are a part of the online gaming culture. Fortunately, we have a full team at GamersFirst that focuses on finding hacks and reporting them to our partners at Ahnlab (creators of HackShield). Additionally we have people on staff that do nothing but hack our game in myriad ways so that we can patch problems before the hacker community can take advantage of them. A lot of time we find a potential hack the hacker community knows nothing about and patch it before they can find it.

We also have offices around the world (US, Turkey, Brazil and India) which gives us a 24/7 presence in game to find and ban players cheating. This team also works to investigate cheaters reported by players through our ticketing system. That’s not all though; we (GamersFirst) also pursue hackers and hack sites extensively through legal means through-out the world.

As for Dream Execution (the developer of War Rock) they have their own hack team as well, that does nothing but find new ways to stop hackers. Whether that is finding ways to shore up the existing code or implement whole new systems to stop hacks from occurring. So we have a non-stop team of people around the globe working to stop cheaters in their tracks. 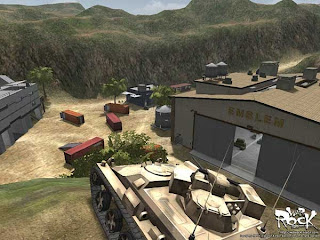 Are you planning any updates for the near future?

As I said earlier we’re always updating the game. We’ve had over 20 content updates so far this year and we still have 2 updates left this month. The holidays are a big time of year for us here at GamersFirst so players should expect to see our annual Frosty Frag Festival return this year.

This year we’re releasing the final 3 unreleased 8th Slot weapons: the M249, M82 Barrett and the G36 Assault Rifle. We’re also going to release our annual Snowmen heads and holiday overlay on our Marien and Velruf maps. And of course we are planning to release a brand new in-game event called Snow Fight where players can lob snowballs at each other for great prizes.

Our 3rd Anniversary in the first week of February is when the war is taken to a whole new level though. We will be releasing a major game update: the new Siege War game mode. In Siege War players have to either defend a military facility or invade it. This new game mode has destructible environments and progressive game play never before seen in War Rock. This February everything changes!