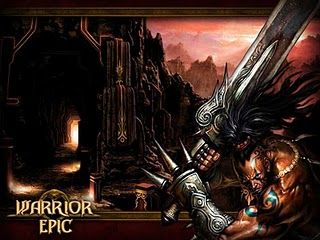 Warrior Epic: Battlegrounds is now live and current and new players are invited to check out the new features. Some of the key features players can expect to find in the new expansion include:

. NEW HUB CITY GIVES THE COMMUNITY A PLACE TO SOCIALIZE-Warrior Epic now offers a true central HUB for players to meet and form groups and guilds, while also showing off their dance skills and cool gear earned from quests.

. ALL-NEW SWAMP REGION-The grand region known as the Trogken Swamps is an all-new environment, and like the other regions in the game will now offer full PVP gameplay. With over 50 new quests, monsters and items you can acquire, players can spend a great deal of time adventuring through the deadly marshes.

. DOZENS OF NEW PVP ITEMS-During PVP matches, players can earn currency for purchasing all new items and upgrades to reinforce their base, summon boss monsters and spirits against the opposing team, and many more!