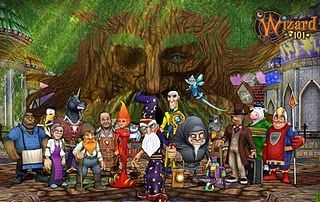 From Dec. 14 to Jan. 5, Wizard101 players players were able to purchase an in-game riding mount, the “Meowmodon”, for approximately $15, with the proceeds being split between Austin Children’s Shelter and Child’s Play. The amount? An impressive $126,000!

FreeMMOGamer: How did you come up with the idea for the charity fundraising?

At KingsIsle, we listen to and interact with our community not only to develop the best possible products, but also to join together to help charities such as Child’s Play and Austin Children’s Shelter.

FreeMMOGamer: What does it mean to KingsIsle to raise $126,000 in three weeks?

Raising $126,000 in three weeks truly showed us the magnitude and generosity of Wizard101 players. We were honored to be the avenue through which our players donated to these two deserving charities.

FreeMMOGamer: Were you expecting this kind of response from players?

We were confident that we would be able to give meaningful donations to both Child’s Play and to Austin Children’s Shelter, but we were overwhelmed by the level of response from our players and fans when we learned that both of these charities would receive $63,000.

FreeMMOGamer: Was the Meowmodon the most popular mount during the period?

I cannot give specifics on item popularity from the holiday period, but I will reiterate how thrilled we were at KingsIsle to see such a generous amount of money donated to these two great charities. 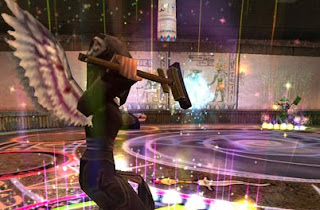 Looking at the success of this initiative, are you already thinking about doing another one?

We are always looking for ways to be involved with our community. We recently donated products for a charity auction benefiting the relief efforts in Haiti. KingsIsle will continue to look for ways to make a difference.

Do you think other developers will follow on your example?

Though many developers have held in-game fundraisers in the past, we encourage all developers to do so. The key to success is raising funds for a charity that is meaningful for both the developer as well as the players.